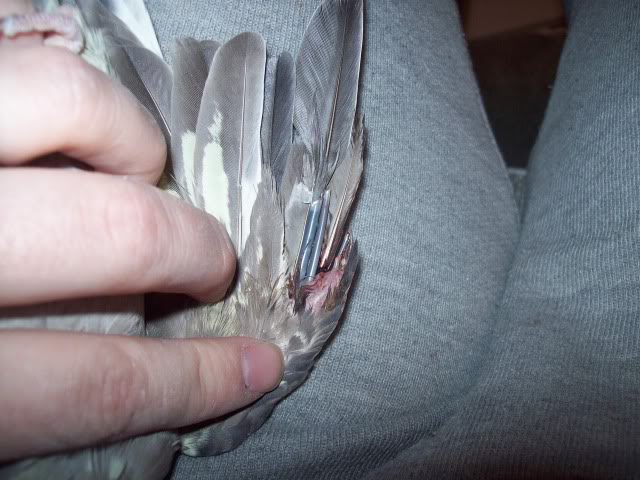 If a blood feather is broken it needs to be removed. Bleeding nearly always occurs with broken blood feathers and if left alone, the bird may keep knocking the painful feather and causing more bleeding and possibly infection. Broken blood feathers are scary to most bird owners but eventually down the line, everyone deals with them.
The most common causes of breaking blood feathers is nightfrights (night time panics that cause a bird to thrash around in the cage), poor wing clipping, crash landings, and trying to fly with several isolated blood feathers. Blood feathers mostly occur during heavy molts but keep in mind that some birds molt year round. The most common blood feather breakages occur in the wings but it does happen in the tail too.
If you clip your bird`s wings, keep in mind to be watchful of blood feathers. If the bird has one blood feather, leave a full feather intact next to it and clip them again when the blood feather is finished growing. If there are several, skip clipping for a few weeks. As mentioned above about the isolated blood feathers breaking, this is often a result from clipping. If a blood feather is left alone with no feather next to it, it is exposed to breaking and is very easily broken.
A pin feather is usually a body feather that grows in. These technically are blood feathers but are much smaller and less likely to break. You can see pin feathers especially during a heavy molt and the bird may be covered in them. They look like little flaky white pins all over the bird`s body. Frequent bathing during a molt will really help with the discomfort of these feathers and help with the drier skin of the bird.
If a bird breaks a blood feather you must remove it. If you feel queasy about it, pack on Kwik stop or corn starch into the the bleeding feather and get the bird to a vet as soon as you can. If you are sure you can remove it and feel confident about it, you need tweezers and Q-tips or a clean paper towel. Keep these in a first aid kit at all times. Have a second person on hand if you can (if you can do it on your own and know you can, go for it, but if not go to the vet) and have them restrain the bird. Remember, do not hold the bird`s chest tightly. Try not to restrain the bird`s chest at all. Spread the wing with the broken blood feather and take the tweezers and pinch the blood feather as close to the skin as you can. Grab this firmly. Gently but firmly pull the feather shaft out of the skin. Make sure the follicle has been removed (it will look like a soft bubble-like thing on the bottom of the feather sheath) or else the bird may still bleed and can get an infection or other abnormalities.
After the feather is removed, you need to apply pressue onto the bleeding follicle. Take a Q-tip or paper towel (I personally prefer Q-tips as they are easier to apply to the direct spot) and press it into the wound. Keep it pressed into the wound until the bleeding has stopped. After it has stopped, wet a new Q-tip and clean the area thoroughly. The bird should be fine after. If you happen to have bird anti septic cream, you may want to apply a small amount to the follicle with a Q-tip.
The bird may hold the wing funny for a few hours to a few days, thats fine. Some birds hold the wings out longer than others, some don`t at all. If your bird holds his wings out funny for longer than normal, bring him to the vet as there could be infection or part of the feather still under the skin. Keep checking the feather follicle daily until a new feather grows in. Keep watch for pus and abnormal swelling, especially a week later as it could be a feather cyst from follicle damage. These usually need vet attention and shouldn`t be removed at home. They are extremely painful and will need anesthetic to be removed and cleaned properly.
A feather cyst results when a feather gets trapped under the skin and becomes ingrown. It curls up under the skin and becomes an infected mass which swells under the skin. It is possible for the feather cyst to die off and be pushed out by a newer feather. The photo below is of a cockatiel with a suspected feather cyst that was pushed out by a new blood feather. It was later removed. 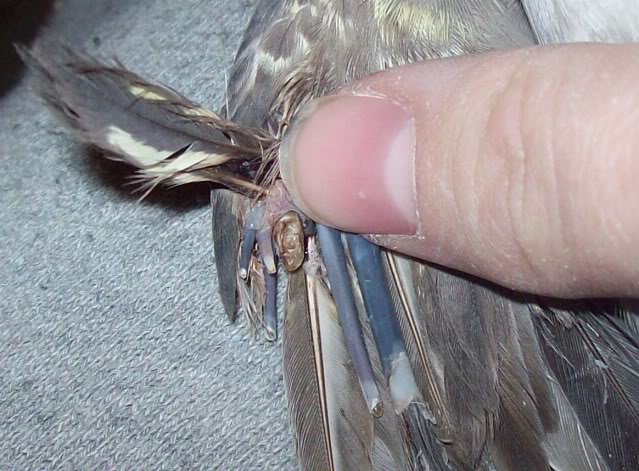 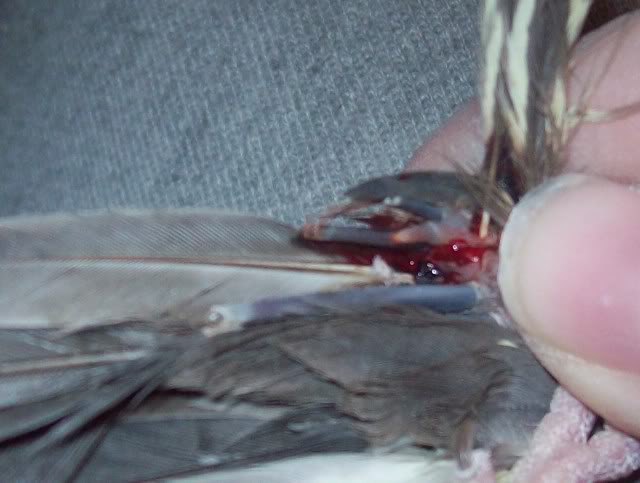 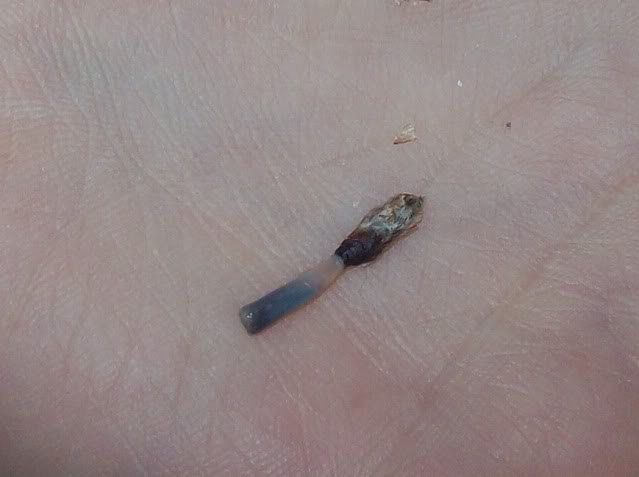 Blood feathers breaking too many times can damage the follicle which causes feather cysts, permanant feather abnormalities, and even the possibility of never growing in new feathers. Blood feathers are not a laughing matter in birds and can be out right dangerous. But the bird owner should be prepared and not scared of them. Please be aware of these during molting times and keep a good careful eye on them.
_________________ 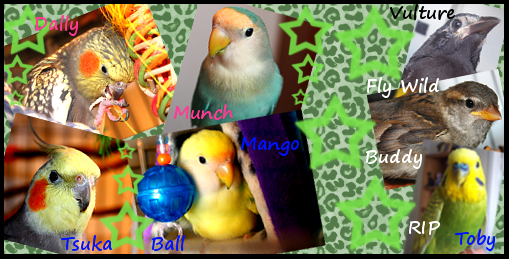 i didn't learn it, Google Translate did!